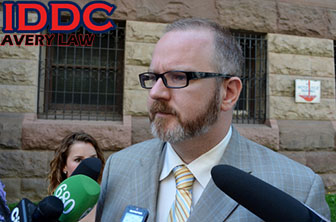 Are you facing Impaired Over 80mg , drunk driving Charges in Owen Sound? Although the prospects may seem bleak when you are first charged with a drinking and driving offence it must be remembered that you are presumed innocent until proven guilty and the Crown bears the heavy burden of proving all essential elements of the case beyond a reasonable doubt. Your best choice? Contact an Impaired Driving Lawyer. Criminal Lawyer Chris Avery will vigorously defend these charges across ONTARIO..

Generally when a person is charged with a drinking &  driving offence this is the first time that they have ever dealt with the police or the courts and the whole process is quite frightening and confusing. Understandably they have a number of questions. Contact Chris Avery for a Free Consultation

The motorist’s detention invokes s. 9 (arbitrary detention), s. 10(a) (right to be informed of the reason why) and s. 10(b) the right to counsel. Furthermore, the officer’s search for evidence is generally warrantless and raises s. 8 issues relating to unreasonable search and seizure.

The accused is also entitled to full disclosure (s. 7 fundamental justice) as well as the right to be tried within a reasonable time (s. 11B). Against this constitutional background these cases can be fought and won. Many cases also turn on common investigative lapses that a skilled counsel can exploit.

Given the heavy penalties involved you owe it to yourself to seek the best possible representation from an experienced lawyer with a record of defending these types of cases. If you are uncertain about your rights and need to win the case to keep your licence and avoid a criminal record then why not call the Impaired Driving Defence Centre? Our initial consultation is always free and IDDC colleagues can speak with you, promptly.